On this page you can learn more about:

Our digestive system, also referred to as the gastrointestinal system, plays a vital role in contributing to the health and functioning of the whole body.

The digestive system is approximately 8-9 metres long, stretching from the mouth to the rectum. This system includes a number of different organs that work together to help break down the food we eat, so that the nutrients can be absorbed and used by the body. It is also lined with bacteria and other microorganisms known as the intestinal microbiota that help stimulate the digestive process and aid the absorption of nutrients. Our digestive system would not function efficiently without our intestinal microbiota.

Each organ has its own special role in digestion: 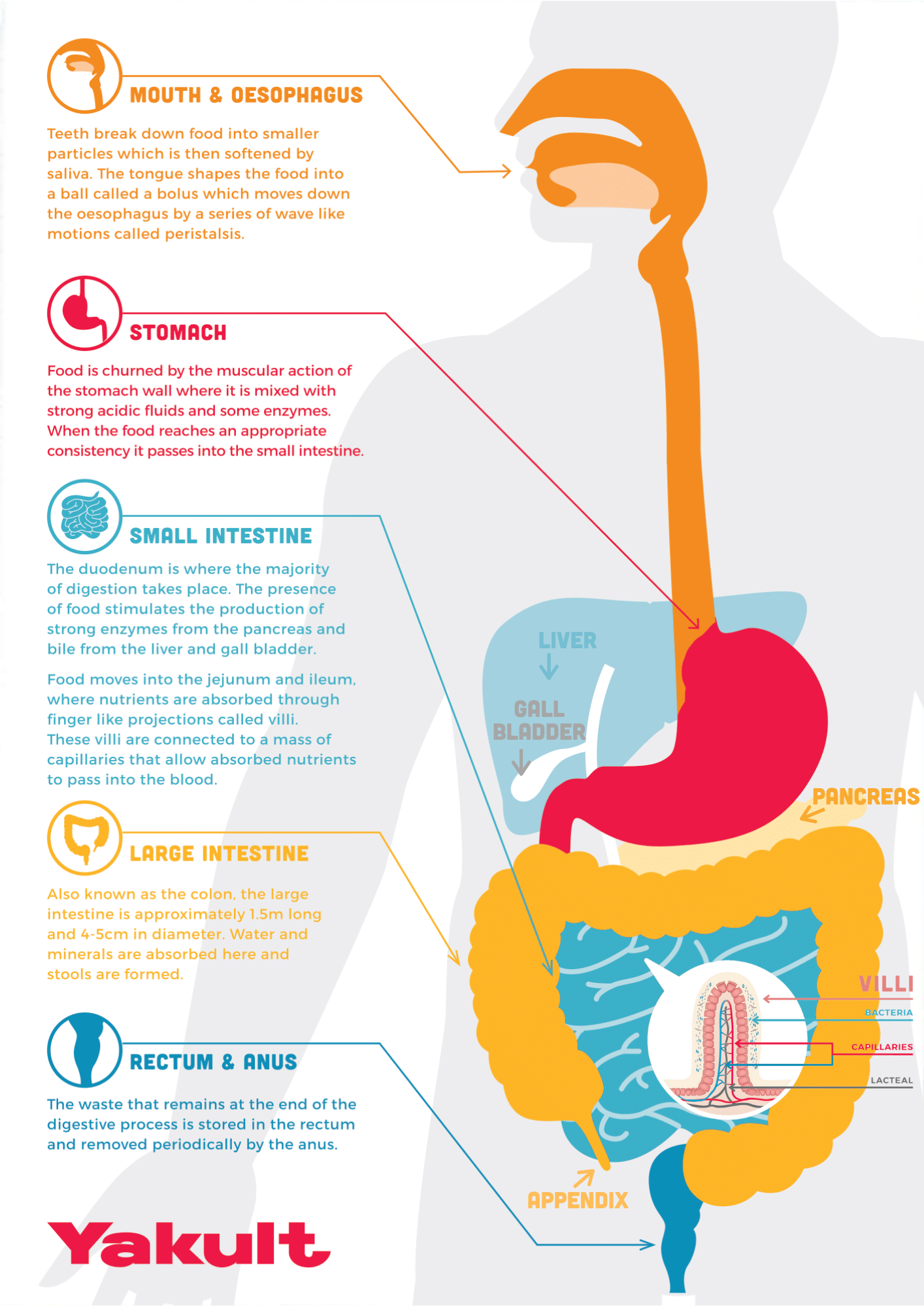 The liver is one of the largest organs in the human body! In the digestive system, its role is to produce bile, which breaks down fat in the small intestine. The liver has many other functions in the body also, including detoxification of drugs, vitamin storage, blood glucose regulation and inactivation of hormones.

The gall bladder is only a small organ, and acts as a storage area for the bile produced by the liver. When food in released from the stomach to the small intestine, the gall bladder is triggered to release the bile to start digestion.

Our digestive health is closely linked to the overall health of our body.

This is why it is important that we are proactive about the well-being of our gut. Here are a few common digestive problems and their symptoms:

Probiotics are “live microorganisms that, when administered in adequate amounts, confer a health benefit on the host” as defined by the World Health Organization (WHO). 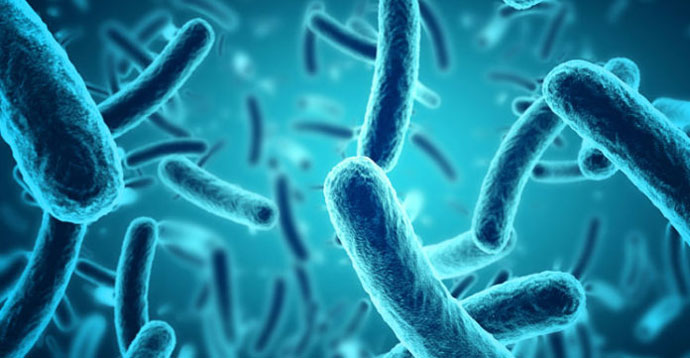 Probiotics can be found in food or supplement form. When choosing what product is right for you there are some key elements to consider: 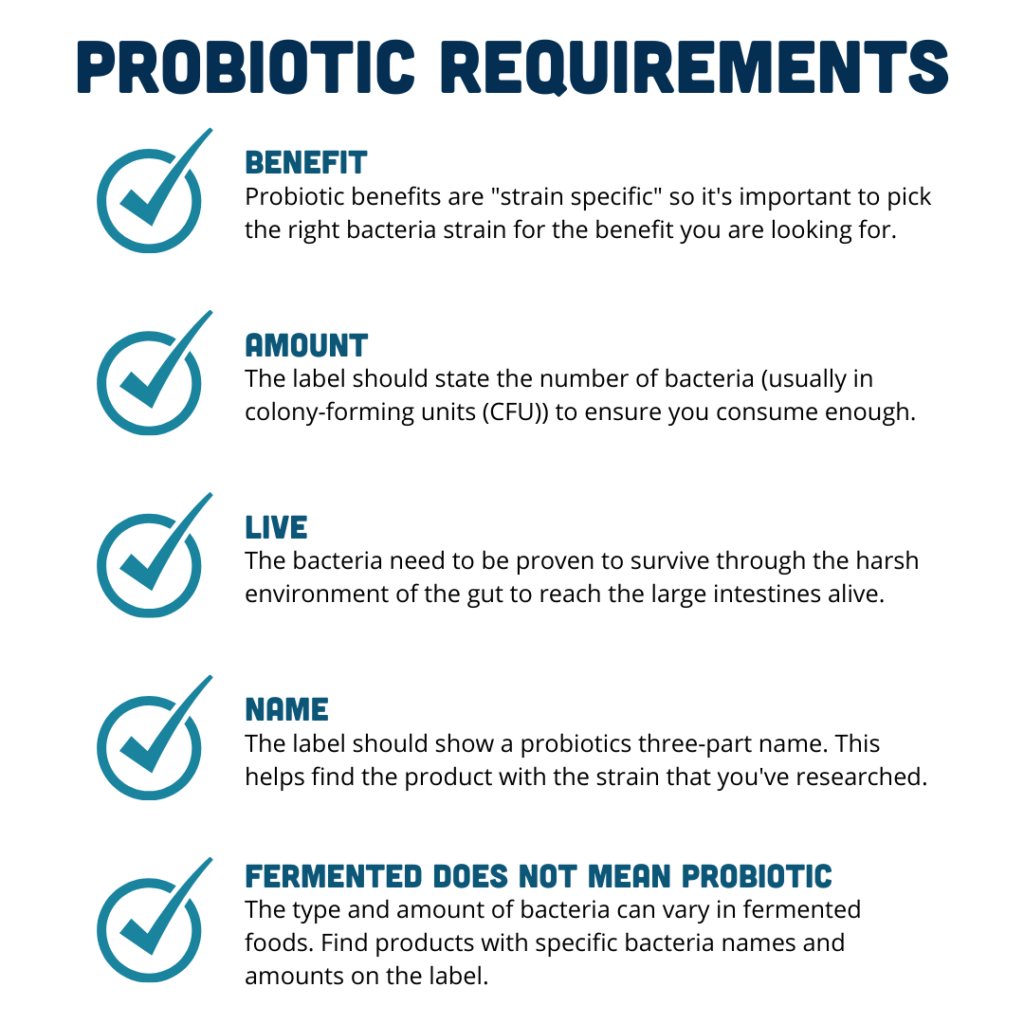 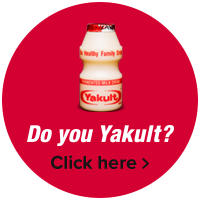